The Predictability of Super Bowl Advertising

The biggest story about advertising on this year’s Super Bowl is that it really is a non-story. Outside of a few nods to the COVID-19 pandemic, we could easily have been watching spots from any of the past several years. Saturday Night Live stars with cameo appearances? Check. Good mix of emotion versus humor versus companies touting their cause-worthiness? Check. Likely more viewership of teaser campaigns for the spots than even the spots themselves? Check. The Will Ferrell campaign for GM’s electric vehicles checks off quite a few of those boxes all by itself.

You know it’s a predictable year when the biggest story in advertising was not who was spending over $5 million for a spot, but who wasn’t. No Budweiser? Whoa! Budweiser probably made more news out of its donation to the AdCouncil to support vaccination awareness than it would have for yet another spot of Clydesdales galloping through the snow. The non-story was bigger than the story.

So perhaps Sam Adams did Bud a favor by running a parody spot of Clydesdales gone wild. The meta-ness of that parody shows just how predictable Super Bowl advertising has become. Of course, Budweiser really wasn’t sitting it out—its Bud Light and Bud Light Seltzer Lemonade kept the brand name in the Big Game, and in one of the night’s direct nods to the pandemic. No surprise that rival Corona is not following suit. So, no Budweiser? Not much of a story after all.

Of course, not everything can be totally predictable. We do have to give a special award to the Robinhood stock trading app for running a spot right after the company took such a big reputational hit over its role in the GameStop stock trading debacle. That said, the company did hedge its investment in media by producing a spot made up totally of what seemed to be stock footage. That is a far cry from the spectacle of Squarespace’s Dolly Parton meets La La Land spot. Updating a classic song? Check on that, too. 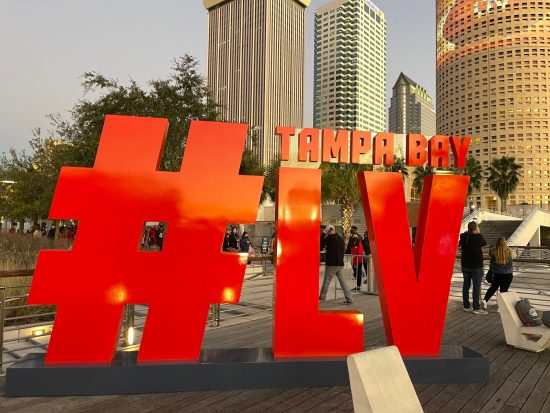 Then again, perhaps this predictability is what the Super Bowl is really all about in the first place. It’s a ritual. And rituals are not designed for surprises but for the comfort of predictability and even, dare we say it, unity. And those are some things that this country needed at this moment in history perhaps more than ever. Oh, right, the game. Is there anything more predictable than a 43-year-old quarterback leading his team to a rout? Yes, even Tom Brady has become part of that ritual by now. And maybe some good mass rituals, with all of their predictability, are just what we all needed right about now.

Want to talk about how to produce meaningful video advertisements? Let’s chat!
Email rschulties@marketsmithinc.com to schedule an introductory call now!