Monica C. Smith Among The 100 Most Powerful People in New Jersey Business 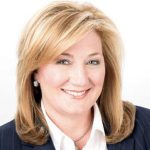 Cedar Knolls, NJ (February 10, 2017) – Monica C. Smith, CEO of Marketsmith Inc., the nation’s fastest-growing, women-owned, data-driven integrated marketing agency, has been named among NJBIZ Magazine’s 100 Most Powerful People in New Jersey Business. According to the magazine, “We feel our Power 100 list reflects the most important, influential, successful and — of course — powerful people in the state.”

A visionary entrepreneur with a passion for data, Smith has achieved an unprecedented level of success at launching start-ups and turning them into industry standard-bearers.  She founded Marketsmith, Inc. in 1999 and i.Predictus in 2011, and led the acquisition of Brushfire in 2015. Inc. Magazine ranked the company as the #1 Woman-Led Company in the New York metropolitan area and #5 nationwide.  In August 2015, Marketsmith was ranked #97 in the Inc. 5000.

Marketsmith’s evolution and impact is driven by Smith’s desire to bring a strong focus and accountability to marketing tactics, specifically in media and digital performance by ensuring business outcomes through advanced analytics.  For three straight years, Smith has driven over $1.5 billion in retail sales annually.  She is responsible for the management of $200 million of media spend annually (about 10% of all DRTV inventory), and is one of only a few women who have successfully raised capital in the tech arena.

Draper continues, “The most important thing to know about Monica’s influence and power is that it is contagious! She leads by example and attracts the best and the brightest, whether that’s here at Marketsmith or at any of the non-profit organizations and boards in which she participates.”

In addition to building world-class companies, Smith’s unparalleled desire to make a real difference in the world has led to the creation of charitable initiatives that she and her team are passionately committed.

One More Smith, a 501(c)3 that is a permanent home and sanctuary for hard to place cats and other animals – many with disabilities – has housed thousands since its inception in 2004.  Bring Dinner Home, an annual Thanksgiving event, provides nutritious holiday dinners for hundreds of impoverished families of school children at the Camden Street Elementary School in Newark and now supports the Cedar Hill Community After School Program in Boonton NJ.

She and her spouse, Amy, reside in Chester, NJ and have 5 adopted children.

Marketsmith Inc. is a full-service, woman-owned media and creative agency that specializes in data analytics to drive better outcomes for our clients. Marketsmith is comprised of analysts, researchers, and innovators within a culture that values transparency, raises talent, and thrives in collaboration. Our goal is to use data to optimize brand communication and deliver greater ROI across all channels. Most importantly, Marketsmith does great work to do good things!  For more information, please visit: marketsmithinc.com