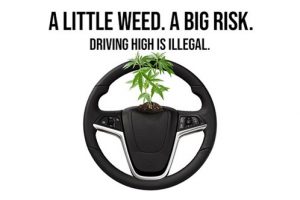 Marketsmith is honored to share our recent campaign in collaboration with the New Jersey Division of Highway Traffic Safety (“DHTS”). The goal of the campaign is to raise awareness about the unlawfulness and danger of driving impaired, especially with the recent legalization of Cannabis in the state of New Jersey.

Statistically, more than 25% of all fatal crashes in New Jersey between 2011 and 2020 involved alcohol or drug impairment. The campaign, which began on February 28, sends a message that impaired driving comes in many forms – all of them dangerous and illegal. Raising public awareness of the dangers of impaired driving is especially important now, as New Jersey prepares to open its newly regulated recreational Cannabis industry.

The “Wheel Risks” campaign builds upon the equity of the DHTS’s “Take Control of Your Destiny” campaign, which has several unique “painted steering wheels” to represent different aspirations, dreams, and passions, and love. In this concept, what’s added to the wheel is simple—just one little element, but one that can have a major impact.

Where can you see the campaign?

Marketsmith’s digital ads will be on display in rest stops along the New Jersey Turnpike and Garden State Parkway, as well as on static billboards across the state. The campaign also utilizes social media platforms including YouTube, Instagram, and Snapchat, as well as advertisements on Pandora radio.

“At Marketsmith Inc., we want to be able to save as many lives as possible with our work, and with this partnership we will call out to the driving community to remember to be smart, safe, and sober,” said Marketsmith CEO and founder Monica C. Smith. “We are passionate about how to communicate and get the message out to those who need to hear it most.”