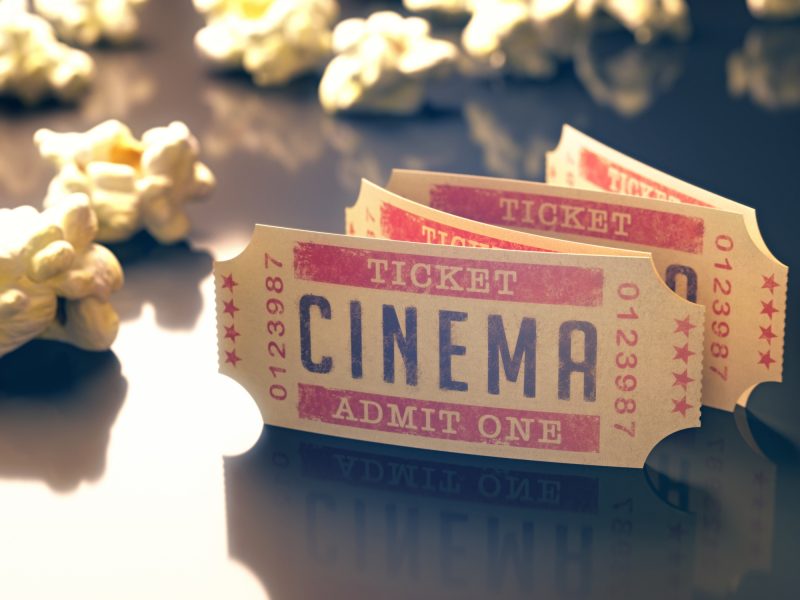 In the past, advertising in malls and movie theatres was an opportunity to deliver mass impressions directly to people who were actively engaged and spending money. But then the pandemic hit and the opportunity to market in front of this captive audience vanished. For brick-and-mortar businesses, the store closures related to COVID-19 resulted in bankruptcy filing for more than 50 retailers, impacting mall real estate, omni-channel marketing campaigns, and overall supply management.

But now, with restrictions lifting and businesses opening back up, it looks as though these avenues for advertising will open again. So, let’s dive into opportunities for mall and cinema out-of-home media tactics that can not only deliver large-scale visibility but also targeted outcomes.

The Outlook for Mall Advertising

As you can probably imagine, while foot traffic in malls is returning to normal, it’s not quite up to where it was prepandemic, although some reports do seem to suggest this was the case in certain specific months. Things got off to a bit of a slow start in 2022 largely due to the Omicron variant. But they continue to improve.

What does this mean to you as a business owner or brand marketer? Between February and March of this year, the number of people visiting indoor malls rose as much as 16% in some areas. The number for outdoor malls is higher, at around 25%. Since the beginning of this year, the upward trend has continued, a fact that is inspiring the hopes and confidence of advertisers everywhere.

It’s no secret that the pandemic had the film industry on its knees. Not only were movie theatres a no-go zone, but also production companies were unable to even film new movies to put out. Thankfully, the tide seems to be turning, for Hollywood and marketers.

As shooting began on film sets again, and people slowly began to return to theatres, the numbers began to look promising once more. An excellent report from Morning Consult shows around half of the adults in America now say they would feel comfortable going to see a movie in a theatre. When you look at the younger generation, between the ages of 16 and 35, this number rises to 60%. 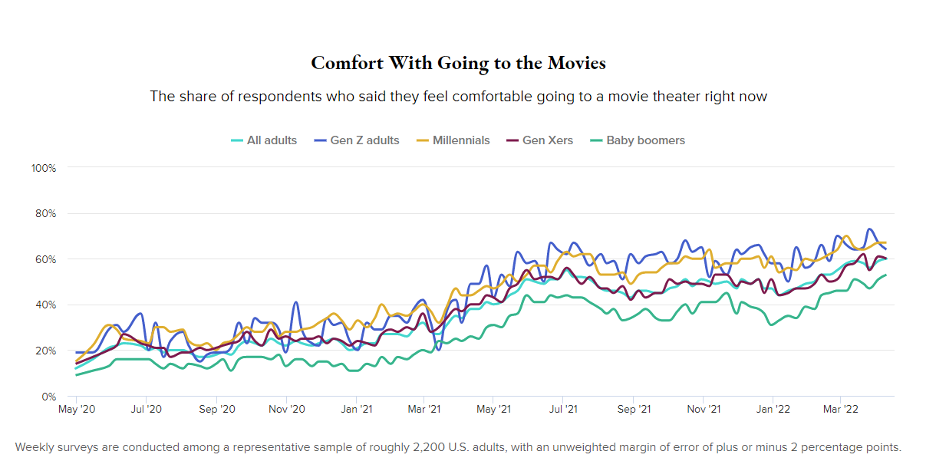 What’s more, the summer schedule of movies appears to be stacked, meaning there’s even more reason for the whole family to head to the theatres this year. In short, the outlook for cinema marketing is strong in 2022.

How Can Out-of-Home Media Tactics Enhance Your Marketing Strategy?

When looking to market to consumers outside of their homes, out-of-home tactics provide an opportunity to tell a continuous story as someone moves throughout their day. This may include media placements on the highway, within bus shelters, in other transit channels, in addition to both mall and cinema options. These placements are difficult to avoid and often have significant impact on consumer behavior and decisions with researchers often claiming that a consumer is 40% more likely to purchase via a digital channel after seeing an out-of-home placement.

One of the great things about out-of-home marketing is, of course, the exposure it offers. But there are other benefits as well. With movie theatre marketing, for example, you can create a cinema marketing strategy where your brand is shown alongside films that appeal to your target demographic. In malls, on the other hand, you can tailor your campaigns based on the location they’re in. The opportunity to tell a continuous story within a single space is endless.

Reach Your Target Consumer in New and Creative Ways

While preparing for your summer 2022 media mix, be sure to explore the opportunity for both mall and cinema advertising. The numbers are still on the rise, and before every other business has the same idea, claim your market share.

Out of Home in Action

For the NJ Board of Public Utilities Clean Energy Program, continuing to educate NJ residents about the programs they offer to further the state’s clean energy initiative is a top priority. As their agency of record, together we launched media that speaks to niche audiences across both traditional broad-reach media channels as well as targeted digital tactics. In the most recent campaign, which launched only a few weeks ago, we partnered with various malls across the state in order to make a big statement with our campaign “spokesbug” Chloe. Chloe, and the reasons to support the Clean Energy Program, can be seen across mall standees, sky banners, and digital signs throughout the northern part of the state.

Have you seen Chloe? If so, be sure to post a photo on social and tag @marketsmithinc and @NJCleanEnergy. 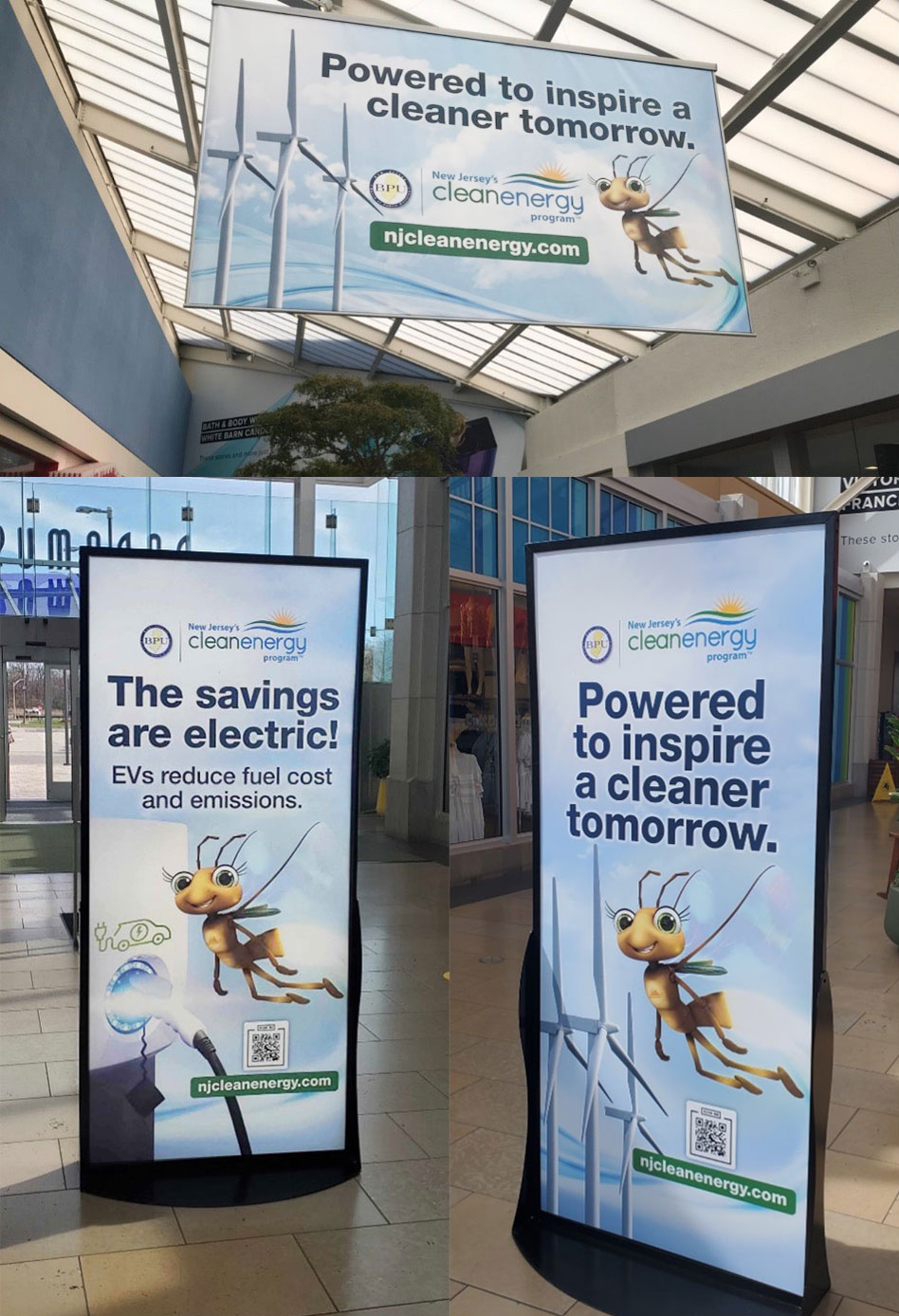