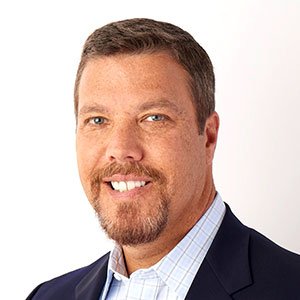 Rob joined Marketsmith in 2017 after more than 20 years of crushing it at New York City ad agencies in support of a long list of name brands. Rob’s broad executive experience encompasses client service, strategy, investment, business intelligence, analytics, and new business development. Marrying data and analytics to strategic planning has been Rob’s recipe for success. He also has a flair for sniffing out opportunities and new partnerships to fuel agency expansion.

His cross-functional leadership and over-arching view of the business landscape has been essential to Marketsmith’s growth. Rob has continually encouraged the elimination of silos and the blending of skills and perspectives across our organization that has primed Marketsmith with the ability to scale.

Rob has led the charge in driving agency productivity and keeping costs down, while remaining singularly focused on client goals. He is a tireless proponent of data science and using it to identify new markets, develop strategies, and optimize all of our campaign work to achieve bottom line results.

After earning a business degree at St. John’s University, Rob began his media career in New York, first as a broadcast director, and then as a co-founder and executive of a nationwide media company. Rob joined Marketsmith in 2017 and maintains his ongoing devotion to New York City’s Gilda’s Club, a non-profit with a mission to support, educate, and empower cancer patients and their families. Rob has served on their Board of Directors since 2012.

Outside of agency and philanthropy commitments, Rob enjoys coaching his daughter’s softball team and traveling the world with his wife and two daughters.