Facebook’s political advertising restriction is not a total ban.

Yes, you can still place social ads on Facebook. Here’s how.

So, what does Facebook’s political advertising restriction really mean? 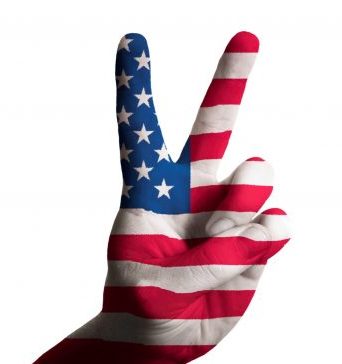 There has been a lot of news about Facebook’s restrictions on political advertising during the final weeks of this election cycle. And if you just listen to the hype, you would think that the platform is pulling the plug on any and all ads that even hint at socially or politically sensitive issues. In fact, that is far from the fact.

Facebook’s restriction is not an outright ban. The only ads they are not allowing are new ads that fit certain criteria and that are not already running on the platform by the cutoff date. Political advertising or ads with social content that began running before Oct. 27 when the rule starts are free to continue.

That’s good news for advertisers with campaigns already being served on Facebook. But it doesn’t mean you can’t get new ads on the platform, even outright political advertising, if you haven’t already launched them. You just need to act now.

Build in Extra Time for Approvals

There are two key milestones you need to put into place in your own advertising timeline. First, each ad you want to run must have had at least one impression on Facebook prior to Oct. 27. If socially sensitive ads require a slew of approvals on your end, don’t let that timeline slip away. Get them in the works now.

You also will need to add more time for Facebook’s approval process. It is quite apparent that all social platforms are being more cautious than ever about what they will and won’t approve when it comes to political advertising, and Facebook is defining that category quite broadly. While Facebook itself says to expect approval in 24 to 72 hours, you should plan on the 72-hour timeframe as a pretty good expectation. Maybe even a little more. The demand on their system will be high, and they are likely to be rejecting as many ads as they accept out of extreme caution. You will never be more thankful for a fast-track trafficking process within your organization than right now!

What Counts as Political Advertising

How do you know if these rules apply to you? The fact is, you might not think you’re running anything that comes close to political advertising, but you still could very well fall under these rules. Facebook is watching out for any subjects that might be at all perceived as influencing social issues prior to the election. These include:

It doesn’t matter whether the brand is a political party or potato chip maker. It’s the content that matters, not the sponsor. If in doubt, assume your ad could be out. If you still are intent on running similar ads, then consider even extra time in your own process to revise and resubmit in case the ad does get rejected.

What You Need to Consider

Our best advice: Think hard about running socially topical ads at this sensitive time in the media and political landscape. If you feel that this truly is a crucial moment for your brand to take part in the national dialog on social issues, by all means do so. But act now to make sure that your ad gets reviewed by Facebook and has time to run a few impressions before Oct. 27.

About the Author: Samantha Foy

Samantha brings 10 years of digital media expertise to Marketsmith, where she plans and executes digital campaigns for a wide range of clients. Her multi-channel knowledge includes programmatic, search, social, and media operations. Samantha is always on her toes, adjusting strategies, adapting to marketplace trends, and adopting new digital approaches to meet client goals. Samantha stays on her toes outside of work as an avid salsa dancer.