Because simply being a marketing agency is no longer enough. Solution-based, problem-solving and ever evolving, we create enduring value for DTC and B2B brands by opening up and growing marketing channels. Our patented AI offerings, informed by human intelligence, allow us to act with agility and empathy.

We take on clients who know who they are, who they aspire to be, and what they want – with the confidence to merge with a partner who will make them exceptional. Growth is absolute – for ourselves and for our clients. 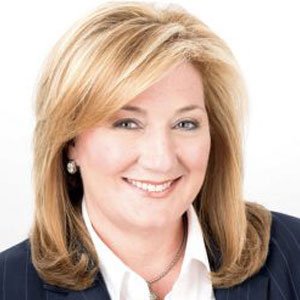 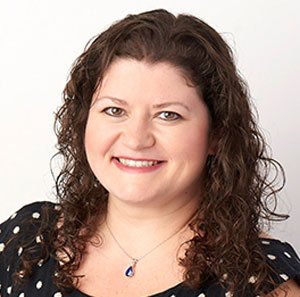 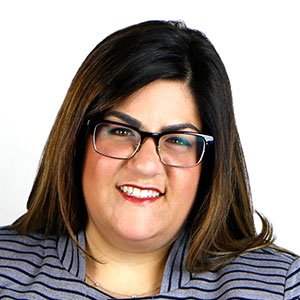 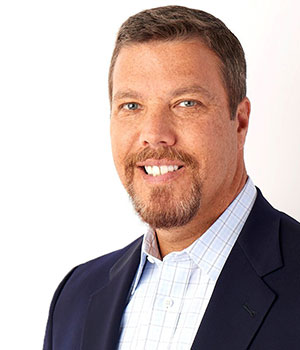 Rob joined Marketsmith in 2017 after more than 20 years of crushing it at New York City ad agencies in support of a long list of name brands. Rob’s broad executive experience encompasses client service, strategy, investment, business intelligence, analytics, and new business development. Marrying data and analytics to strategic planning has been Rob’s recipe for success. He also has a flair for sniffing out opportunities and new partnerships to fuel agency expansion.

His cross-functional leadership and over-arching view of the business landscape has been essential to Marketsmith’s growth. Rob has continually encouraged the elimination of silos and the blending of skills and perspectives across our organization that has primed Marketsmith with the ability to scale.

Rob has led the charge in driving agency productivity and keeping costs down, while remaining singularly focused on client goals. He is a tireless proponent of data science and using it to identify new markets, develop strategies, and optimize all of our campaign work to achieve bottom line results.

After earning a business degree at St. John’s University, Rob began his media career in New York, first as a broadcast director, and then as a co-founder and executive of a nationwide media company. Rob joined Marketsmith in 2017 and maintains his ongoing devotion to New York City’s Gilda’s Club, a non-profit with a mission to support, educate, and empower cancer patients and their families. Rob has served on their Board of Directors since 2012.

Outside of agency and philanthropy commitments, Rob enjoys coaching his daughter’s softball team and traveling the world with his wife and two daughters.

Want to chat with Rob? Email him now 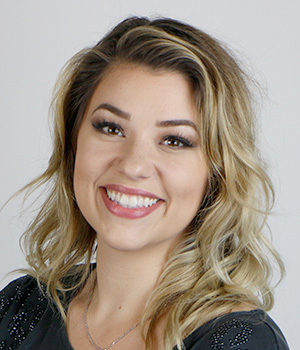 Samantha is a digital media expert with more than 10 years’ experience in planning and executing digital campaigns for clients within all verticals. She has multichannel knowledge, including programmatic, search and social, as well as media operations, with a keen understanding of how to adjust digital strategy to meet client goals.

Samantha is agile in her ability to adapt to the ever-changing digital marketplace, applying new technology and learnings to constantly improve both media performance and internal operations.

She is responsible for strategically developing client media plans to ensure the right tactics are hitting the right targets at the right time, all while considering budget efficiencies and added-value opportunities. Outside of work, Samantha stays on her toes as an avid salsa dancer.

Want to chat with Samantha? Email her now 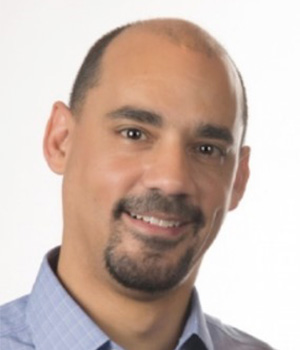 With 20+ years of experience within media, Joseph Sharp has always worn many hats, including planning, research, and analytics. He is a data-driven collaborator, relentless team mentor, and client advocate with expertise across a diverse vertical set, including retail, finance, CPG, automotive, QSR, telecom, entertainment, and tourism.

Whether focused on the here and now or looking to the future, Joseph is always keeping his eyes open, driving campaign strategy and building and enhancing tools within the agency. When he isn’t focused on client goals, he can usually be found behind a camera trying to find his next favorite picture.

Want to chat with Joseph? Email him now

Desiree is a seasoned professional with proven results in meeting client goals and managing budgets to ensure successful campaigns. Her experience is deeply rooted in the state of New Jersey, and she is highly focused on targeted campaigns that speak directly to segmented audiences.

Desiree proved instrumental in leading the team to surpass the monetary goal for the New Jersey 2018–2019 Tax Amnesty campaign as well as record-breaking enrollment in the 2020–2021 GetCoveredNJ health marketplace open enrollment campaign.​

She serves as our in-house expert on regionalized strategy across creative, media, and outcome generation. Outside of work, Desiree loves to cook and visit different craft breweries both in New Jersey and during her travels.

Want to chat with Desiree? Email her now 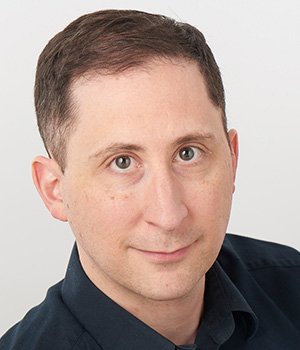 David has been engineering data and analytics systems for over 20 years. He manages a team of developers who are responsible for the reception, storage, and presentation for analytics of data for Marketsmith’s clients.

He is continuously seeking to learn and utilize the most efficient data and ETL/ELT tactics and tools. David has a keen interest in Asia, specifically Japan. He has been a student of the Japanese culture and language for many years and is an avid traveler to visit his passion place.

Want to chat with David? Email him now

They say it’s called “work” and not “fun” for a reason, but thankfully the two aren’t mutually exclusive. Our employee groups ensure that team members not only stay involved with each other and the company through exciting activities, they also provide opportunities to enrich minds and broaden perspectives. These groups are outward representations of how we, as a company, hold ourselves accountable for living our core values and mission.

Our growth mindset goes beyond business and brands. There is an understanding among each one of us that we have the power and responsibility to help our local and global communities grow stronger, healthier, more resilient and happier through our professional skills and personal talents. Because we can.

October is Domestic Violence Awareness Month. This October, we'd like to highlight our partner @jbwsdv for the work they do in raising awareness for domestic violence, and encouraging action within our community. You can learn more about JBWS sponsored events and ways to get involved during this year's DVAM at jbws.org #Everyone1KnowsSome1 ...

YOU'RE INVITED to the 1st Annual @njpridechamber Gala and Awards Dinner being held on December 1st at the MC Hotel in Montclair, New Jersey. The night will honor LGBTQ+ business owners and advocates and all their accomplishments. Follow the LINK IN BIO to purchase your tickets, and learn more about the various sponsorship options! ...

Our client @njboardofpublicutilities will be hosting a Clean Energy Conference today, Monday October 3rd and tomorrow Tuesday October 4th in Atlantic City. A few of our team members are looking forward to attending and learning more about New Jersey's clean energy future! Check out more details about the conference at the LINK IN BIO. ...

Marketsmith's President, Rob Bochicchio, had the privilege to attend the African American Chamber of Commerce of New Jersey's 15th annual Business Leadership Conference last week! This year's conference featured several notable speakers, including the CEO of NJEDA. AACCNJ works to contribute to the success of New Jersey's African American residents and black-owned businesses; we are honored to be able to partner with them and take advantage of all the knowledge and educational opportunities they have to share! ...

Today is #NationalCoffeeDay! Whether you make your coffee at home with a @ninjakitchen coffee maker, or frequent your local coffee shop every morning, let's give some appreciation to the drink that gets us through the day! Check out some of Ninja's best coffee makers at ninjakitchen.com so you can make your favorite coffee in the comfort of your own home🍵 ...

Congratulations to this year’s Caren Franzini Leadership award winner, visionary Brenda Ross-Dulan of The Ross Dulan Group. This award means a lot to us, @njbia and to the growing community of trailblazing professional women in the state. Click the link in our bio to read about our own Monica C. Smith, who was the recipient of the award in 2021! ...

Is Tumblr making a comeback? Learn more about Tumblr for business at the 🔗LINK IN BIO ...

Tomorrow, our COO Rachel Schulties will be featured on the Inter-Generational Communication panel at @NJBIA's 8th Annual New Jersey Business Leaders Forum at Caesars Atlantic City. Use the 🔗LINK IN BIO to register and get more details about the event. ...

We are happy to support Moms Helping Moms with this year's Diaper Need Awareness Week, held from September 24th until October 2nd. Find out more information and learn how you can help national diaper need by going to www.momshelpingmom.org/diaper-need-awareness-week-2022/. ...

Missed it? You can check out the re-watch of our latest #MarketsmiTHINK webinar "Creating and Impactful CTV Campaign" using the 🔗LINK IN BIO ...

Cinema-going is an experience. Learn how you can make you brand a part of that experience🔗LINK IN BIO ...

We are so excited to join the #NEWGroup in welcoming or new VP of Data Insights, Boris Donsky. We are happy to have you Boris! ...

We are excited to celebrate Barbara E. Kauffman, VP/COO of Newark Regional Business Partnership, after an exceptional 34 years of service. Barbara fully committed herself to the betterment of Newark and the business community, and we commend her on an accomplished career! ...

Join the #NEWGroup in welcoming two new employees, Jonathan and Amanda, to our Marketsmith team! ...

We are happy to celebrate #HispanicHeritageMonth which takes place from September 15th until October 15th. At Marketsmith we are committed to recognizing and incorporating diversity everyday in our workplace, but especially encourage everyone to celebrate the importance of Hispanic culture during this time period! ...